Adapting the World to Her -Jake

When Becca was born and we found out she was deaf I knew that the world was not going to adapt to her needs so I started thinking about ways that I could make the word a bit easier for her to navigate.  When we found out that she would also lose her vision the importance of adapting the world to meet her needs increased exponentially.  With her latest diagnosis of night blindness it became obvious that navigating in the dark would be difficult for her.  It would be particularly important for her to see clearly on the stairs so I started working on a project using a Raspberry pi and Phillips hue lights to illuminate our stairwell when motion is detected.  When it comes to adaptable products the internet of things (IOT) is woefully underutilized and there is a ton of untapped potential here for making the lives of people with disabilities easier.  This is what I hope is the first of many projects that make use of the internet of things to help make the world a bit easier for Becca to navigate.  She is far too young to benefit from this today but I figure there are others that struggle with low vision in the dark that may be able to apply this idea in their own homes.    The following blog post outlines my approach to solving this problem.

This is still very much a prototype and we are currently in the process of renovating our stairwell and when done the light strip will be embedded into the trim, in the video the light strip is temporarily mounted.

The solution uses a raspberry pi a PIR motion sensor and Phillips Hue smart lights.  Phillips hue uses a wireless protocol (zigbee) to communicate to a central hub.  Many Raspberry Pi and Hue projects use the popular IFTT (If This Than That) web service which allows you to perform actions based on the state of your internet connected things.  i.e. lets say you wanted an E-mail notification when your internet connected thermostat turned on.  IFTT allows you to create recipes to do that but the problem I ran into is that it is slow and by the time the lights turned on you were already all the way up the stairs.  This project uses Hue’s API to connect directly to the Hue hub and therefore is a bit less convoluted.  This results in the trigger being nearly instantaneous.

Components that are needed to build this.

Hue Rest Application Protocol Interface – This allows you to control the lights from the Pi.  Basically it is a list of commands that  that Phillips gives their customers access to so that users can connect to Hue without using their phone app.  To make good use of this we will need to install the python libraries that support the current API.  You can learn more about the API here.

Python programming language – There are many options here but I chose to use Python in the examples.  I used python 3 which comes pre-loaded in the Pi

That’s pretty much it for the hardware now onto the steps to make this happen.

The project is broken into three steps as I find it easier to follow that way.  What I do not explain here is configuring the pi for the first time as there are many online tutorials available that outline this.

First we need to setup the hardware.

This is the diagram for the IO on the PI

It does not show well but the long lead of the LED goes to the resistor.

I did not wire this one up instead I used a scope connected directly to the GPIO to ensure it was working.  You can see the LED turning on for three seconds here.

Insert the code shown below into a new python window check your wiring and run it.  Once you select run, the LED should turn on for three seconds and then off for three and run until you stop it.  The red text are comments and should give you an idea of how the code works.

Step 2) Turn LED on when motion is detected

Again we need to setup the hardware.  I got lazy on the diagrams but the wiring is simple.

Here is the actual implementation.

Insert the code shown below into a new python window check your wiring and run it.  Once you select run, you should see the LED react to motion.  If you stay perfectly still for 5 seconds the LED will shut off.

And a quick video of it working.

I changed the timeout a bit for the demo simply because I had too much coffee and could not sit still enough to stop accidentally triggering the thing.  Its pretty sensitive but that is mostly due to the proximity the sensitivity when installed on the stairs is not as high.

Step 3) Adding Hue to the project

This part was a bit more tricky as we will need to install the Python Hue libraries and get familiar with their API.  I was able to get most of the information I needed to get this done here.

The hardware for this step is the same as the previous step but now integrated into a housing.  The PCB was cut to fit inside the pi case and couple of holes were drilled for the LED and the PIR sensor.  We will still need the peripherals for this step but when complete the only thing you need is the power jack.

Before we get to the code you will need to download the python libraries to your pi.  You can find the library here.  You will want to download phue.py and extract it to the same directory that your python script is in.  Once you do that you are ready to put the following code into your python script.

One more thing.  Before this can be run the IP address of your Hue bridge will need to be entered in the yellow shaded area below.  You can find your IP address at the Hue portal.  You also will need to press the button on the Hue bridge.  This only needs to be done one time. 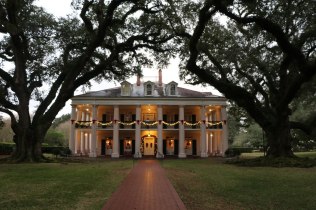 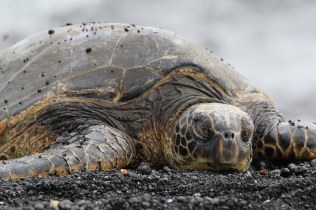