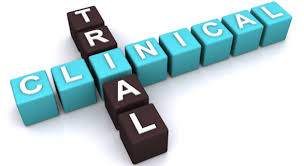 When you take a look at the clinical trial space its difficult not to see the major flaw with studies that target diseases that are considered rare.

The big problem is patient enrollment and retention.  Patients with rare diseases are, well rare…

There are a number of efforts that help with the recruitment and retention issue, for example, patient registry’s have been critical in providing drug companies with access to patients and patient support groups are developed in many cases to help with retention.  There is still this underlying issue however and that is patient convenience.

I attended an Usher Syndrome talk  by Dr. Eric Pierce who is one of Rebecca’s ophthalmologists and he highlighted some of the issues with clinical trials, specifically the ones targeted towards curing blindness, in Rebecca’s case this being retinitis pigmentosa.  One of the biggest issues he identified was momentum, momentum in these clinical trials is affected by many factors, one of which is, how do we know it is working?

I’ll begin by saying that managing a trial is a massive logistical challenge.  The first challenge which we already discussed was access to patients.  Another is the geographical aspect of

it, people that are affected by rare diseases typically don’t conveniently live around the center conducting the trial, and in many cases live in areas of the world where it is simply inconvenient to monitor the affects of the drug, so they are either not part of the study from the beginning or the reporting becomes so sporadic or non-existent that it negatively impacts the trial.  So convenience is a critical factor in the success of some of these clinical trials.

After leaving Dr. Pierce’s talk I could not help to think that there had to be a better way.  So I want to offer up a possible solution to the convenience issue, specifically related to retinal degenerative diseases that Rebecca suffers from.  When it comes to monitoring the effects of drugs on retinal degenerative diseases the process is not that complex, you simply image the eye to determine a baseline and periodically re-image the eye to watch the progression of the disease.  The re-imaging part is the problem as many people in the world do not have access to eye centers, more specifically they don’t have access to opthamoloscopes that can perform the imaging.  So if we can put scopes in peoples homes and allow them to use them themselves then it solves the convenience problem.  Obviously not feasible as it is cost prohibitive and the machines are complex, but what if you already carry the device around with you?  Your typical smart phone paired with a relatively small device that connects to the phones camera lens could serve that purpose.  There are companies already developing these devices and this is an example

of that very device.  Albeit this one is a bit larger than the more compact versions but the key here is all of the mechanisms are 3-D printed and the cost to produce it is insignificant when compared to the office ophthalmologists scopes.  The imaging is admittedly not as good but who cares, you now have access to data which is the lifeblood of any clinical trial.  The convenience problem is pretty much resolved, you don’t even have to leave your home to scan your retina and now you can provide significantly more data than ever imagined.  This specific device is open source, meaning anyone at anytime can produce this device royalty free.  Instructables

Of course this all makes sense so why not????  The problem is that there is an acceptance issue with the devices in the medical community and the barriers to entry are too many to list.  They are not viewed as accurate, medical professionals are not administering the tests so there is always the question of their reliability, and there are too many frustrating regulations to get through before any type of device like this will be accepted into a clinical trial.

With that said however I feel strongly that this concept being used in some way to address the issue of convenience and lack of trial data transcends all of the medical barriers that could be presented.  I do believe we will one day see these devices used in clinical trials and accepted by the medical professionals administering them.  The sooner that we can get these devices being used to help in these studies the sooner a cure will be realized.

← Little Adaptations
Awareness Will Be the Catalyst for a Cure →