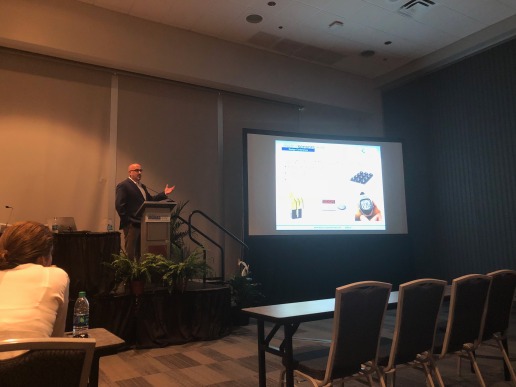 I recently attended a conference in San Jose to speak about what we are doing with Adapt the World Labs.  The conference was the Sensors Expo and more than 7000 engineers attended the show, it was a great opportunity to speak about our mission about using technology to adapt the world. 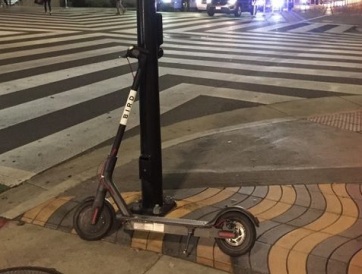 It was also my first time seeing a dockless scooter.  I was walking outside and saw a bunch of people riding on scooters, as well as some scooters just sort of haphazardly parked along the sidewalks.  All had the name BIRD emblazoned in black bold print on a white background.

For those that do not know or have not been to a city lately there is a relatively new craze that is helping people to get around cities a whole lot faster.  Companies are deploying thousands of electric scooters all around metro areas and the idea is that you can simply enable one with a mobile app, hop on and be on your way.   When you’re done or the battery dies you simply hop off and park the scooter.  Someone called a “birdhunter” then picks the scooter up, charges it for a few hours, and places it back on the street.  Of course that person who charged the scooter is making a few bucks to do so.  I was intrigued and internally beaming from this simple yet ingenious idea.  I mean, here I was talking about disruptive technology and how it can help people with extra needs, and a new disruptive technology was unfolding right in front of me on the streets of Silicon Valley.  My mind immediately went to “how could I use this to idea to help people with extra needs?”.  That thought however started to turn into a feeling of dread and concern. 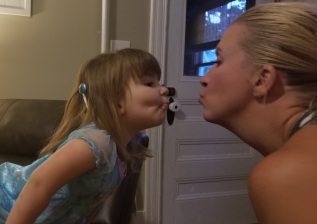 You see for Rebecca and people like her with visual impairments this becomes one more obstacle to overcome, literally.  Just last night as Rebecca was giving her nightly kiss before bed and in her usual dramatic fashion, where she runs across the room with these cute little fish lips she stumbled over a little toy train.  Usher Syndrome (which is the leading cause of deaf blindness) slowly starts to rob people of their peripheral vision.  Becca simply can’t see things very good if they are not directly in front of her and this only gets worse over time, so later on in life I can’t imagine her being able to see one of these scooters as she is trying to walk through a busy sidewalk. 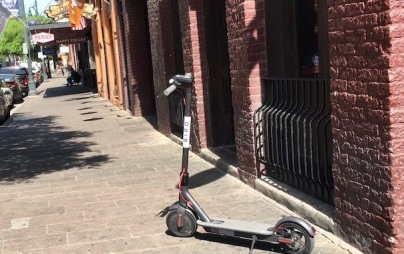 You see in many cases when someone is done with one of these things it means hoping off the scooter and leaving it in the middle of the sidewalk.  Of course this is a nightmare scenario for anyone with a visual impairment.  Generally speaking, someone who is visually impaired learns their environment and relies on clues to orient themselves.  And generally speaking, people don’t tend to leave obstacles in the middle of a sidewalk….  That is beginning to change with this latest craze, there are now a number of scooter and bike companies that are creating these dockless modes of transportation and its totally irresponsible.

We have a responsibility as developers when creating disruptive technology to ensure that our technology not only does its job, but that it is inclusive and does no harm.  I think some of these companies are seriously missing a couple key points and ultimately it will be their downfall.  The first of these companies that figures out a safe and responsible model will be the company that ultimately succeeds.

← The future of Cochlear implants?
The Human Culture →