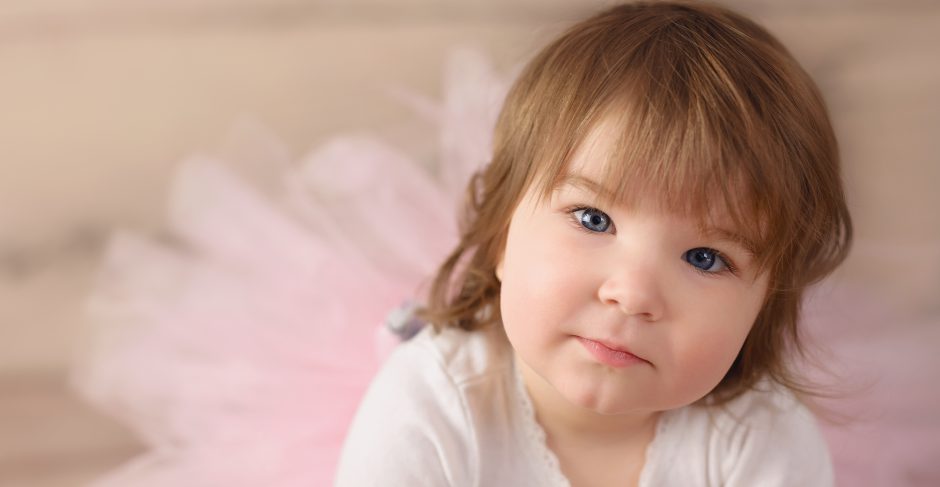 Rebecca is getting used to her CI’s, as are we.  She leaves them alone most of the day, only pulling at them when she’s bored.  She blinks when a loud sound is made, and she even wiggles and dances when she hears music!  She is making a lot more sounds already, and she seems to be more expressive.  She receives speech therapy twice a week now, along with physical therapy twice a week, and her teacher of the deaf who comes twice a week. We have mappings for her CI’s with her audiologist every few weeks up at Children’s Hospital, and I try to take her to story time at the library every Thursday.  Rebecca is a busy little girl!

I’ve run into a couple challenges, the first one being her stroller.  Right now we have a Graco stroller and even in its most upright position, it still reclines a bit, so Rebecca is leaning back on her CI’s which causes them to fall off, CONSTANTLY.  So, I am in the market for a new stroller.  The top contenders are the Maclaren Triumph and the Uppababy G-Luxe, both seem to sit in a very upright position.  The second challenge was the bathtub.  Up until about a week ago I had been bathing Rebecca in a newborn tub in our sink, I’ve been afraid to put her in our bathtub.  With Rebecca’s vestibular system the way it is, her balance is not very good, and I’m afraid she will fall and hit her head.  I bought a laundry basket and a bathmat and cut the bathmat to fit the laundry basket and voila!  I added some bath toys and Rebecca loves it!  I love it as well as I don’t have to worry about her falling too far, and if she falls she is only hitting soft plastic.

We are getting ready for the fundraiser in April.  We’ve had some wonderful people reach out to us to offer help and donations.  We’re also pretty lucky to have some great family and friends who are a playing a big part in our efforts to make it a great night.

We met with a retinal specialist at Mass Eye & Ear a couple weeks ago after receiving many recommendations, and he did not fall short of his reputation.  We left his office feeling more hopeful, and thankful that we took the advice of a few friends to go and see him.  He said that Rebecca’s central vision is not as good as her peripheral, which is the opposite of what we have read is typical with Usher Syndrome, however he said that her eyes are still developing and her central vision could get better within a year or so. 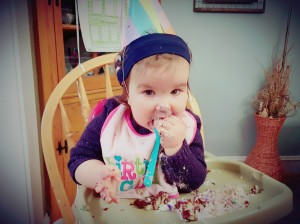 We just celebrated Rebecca’s first birthday a couple days ago with a small party here at our house.  We were going to have a much larger party at a hall, but decided it might be too overwhelming for her given the fact that she just started hearing.  Rebecca had so much fun and received so many great gifts.  Her big Sissy loved helping her open her gifts and blow out her candle.  Halfway through the party Rebecca was exhausted and went down for a much needed nap.

Rebecca waves at everything now, every person and every animal get a wave.  Rebecca also loves to share her food with everyone, she is so sweet.  She is standing up on her own and can also climb up the first couple steps on our stairs.  We are having so much fun with her and Reagan.